I guess you could say that Thailand is the star of this blog so far, if there is one. And some may notice that I changed the name of the blog when it moved to the new host at posthaven.com; Two Worlds in One. In one sense the worlds are the US and Thailand. But in another sense, the two worlds are my world (largely in the US) and the world of my fiancée (largely in Thailand), but those two worlds are now becoming one world of our life together.

The plan is to make the blog bilingual eventually, with pictures of our travels together and my comments in English and her comments in Thai. Two sets of comments, not translations into two languages, although translations might be possible one day. For the time being I'm doing all the writing, as I'm on vacation from my work, while she is still working a full-time job. Like her, when I was working (in the US) I had verrrrry little time for writing in the blog. So it has been largely a holiday pastime for me so far.

Although I am doing the writing, none of this would ever have appeared without the huge contributions of my fiancée. She has been my guide all along. We travel Thailand according to the demands of her job and it is my good fortune to be able to tag along and see a lot of Thailand. It is she who answers my questions and explains to me what I am seeing. So I am seeing her country through both my eyes and her own; two worlds in one.

Though she doesn't have time to add her own comments right now, she will begin to be more visible in the pictures and in my comments. So I realized it is time to introduce her in this more formal way. An obvious place to start is with her name. In Thailand every person has a nickname, which they get at a very young age and end up using their entire lifetime. Most people are on a first name basis with each other, using their nicknames. Two of our best friends are thirty weeks pregnant with their first child, a daughter. The nickname of their daughter has already been selected and announced, but they have no idea yet what the child's full name will be.

My fiancée and I started exchanging messages in June 2012, maintaining daily written contact until my first trip to Thailand in October 2012. During that time I knew how to spell her nickname with English characters, but I did not know how to pronounce her name. It is the first thing I had her teach me when we finally met in person. I had trouble learning how to pronounce it correctly, as it does not sound like we would expect those letters to sound using our English phonetics.

A good translation of her nickname into English is "Paula." I discovered this by playing around with Google Translate and converting the name that it came up with from a male to female gender, as Translate is pretty clueless about gender. One of her best friends, who she went to University with decades ago, now lives in the UK and is fluent in English. I ran my translation of the nickname past her and she concurred that it was a very good Western version of her nickname. So I thought that when we are in the US, she might be Paula.

Since the readers of this blog are English readers, it occurred to me that I should introduce her on the blog as Paula. But I would only do such a thing with her agreement.

Early in this trip we traveled to Hua Hin with three of her very best friends, a married couple and another single woman who she has been traveling with and vacationing with for many many years. They refer to themselves as a group as "The Gang." When we go places together, the husband of her friend drives, with me riding up front with him. The three women sit in back, chatting and laughing in their happy way for hour after hour. I have never heard any cross word or even slight annoyance between any of them. They are truly "best friends forever!"

One morning in Hua Hin before we had joined the other three for the day, I told her about my idea of making her Western name Paula and announcing it on the blog. Her initial response was "Nooooooo!" So I told her that when I introduce her to people in California, no one will pronounce her name correctly. (She frowns.) Everyone will say "Bah" (which is wrong) and we'll have to say "No Bah!" all the time and say it correctly for them and they still won't get it right. (I can see she knows, I am right.) But if I say, "I want you to meet Paula," everyone will immediately say, "Pleased to meet you, Paula," no problem. She already knew how Google translates her nickname, so I told her the female version of that is Paula. Then I told her that her university friend already told me that Paula is a very good translation of her name into English. I told her she could be Paula in the blog and she could tell her friends it is she, while being basically anonymous to most of the world. She seemed to like that idea and gave a little nod. But was this final acceptance? I'm not sure.

A few minutes later we get in the car for our day's adventures, the husband driving and me in front with him, and the three ladies in back, as always. The women immediately started their chatting and laughing, as they do all day long in the back seat. Suddenly a sound emerged that I recognized among all the rest of the unrecognized sounds: "Paula." All three of them were saying it back and forth to each other and laughing in their happy way. I turned around and looked and the wife says to me in a pleased way, "Paul-laaaa!" "Yes," I said. "Paula!" And then we're all saying, "Paula, Paula, Paula" and everyone is laughing happily.

Having been so well accepted by her friends, I'm pretty sure Paula has accepted it as her Western nickname!

So Dear Reader, I present to you Paula, my best friend in Thailand, my indispensible guide and teacher, my loving and loved fiancée. 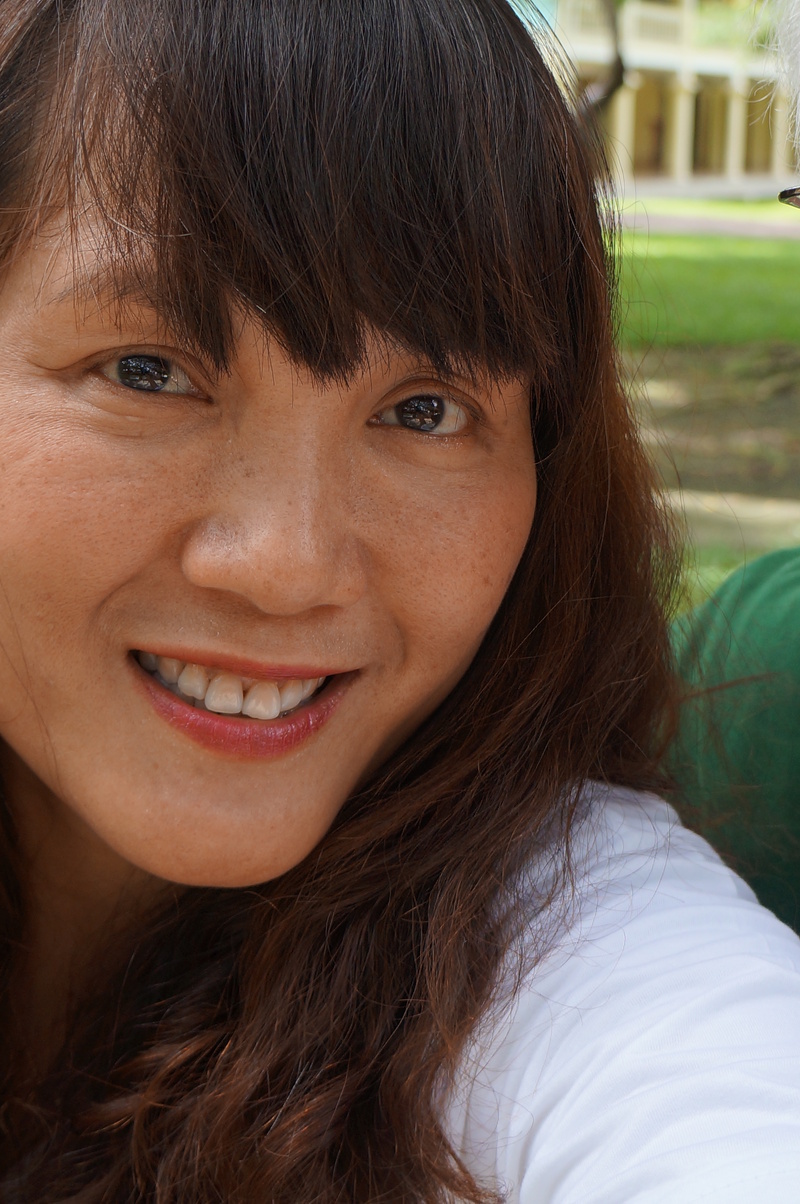 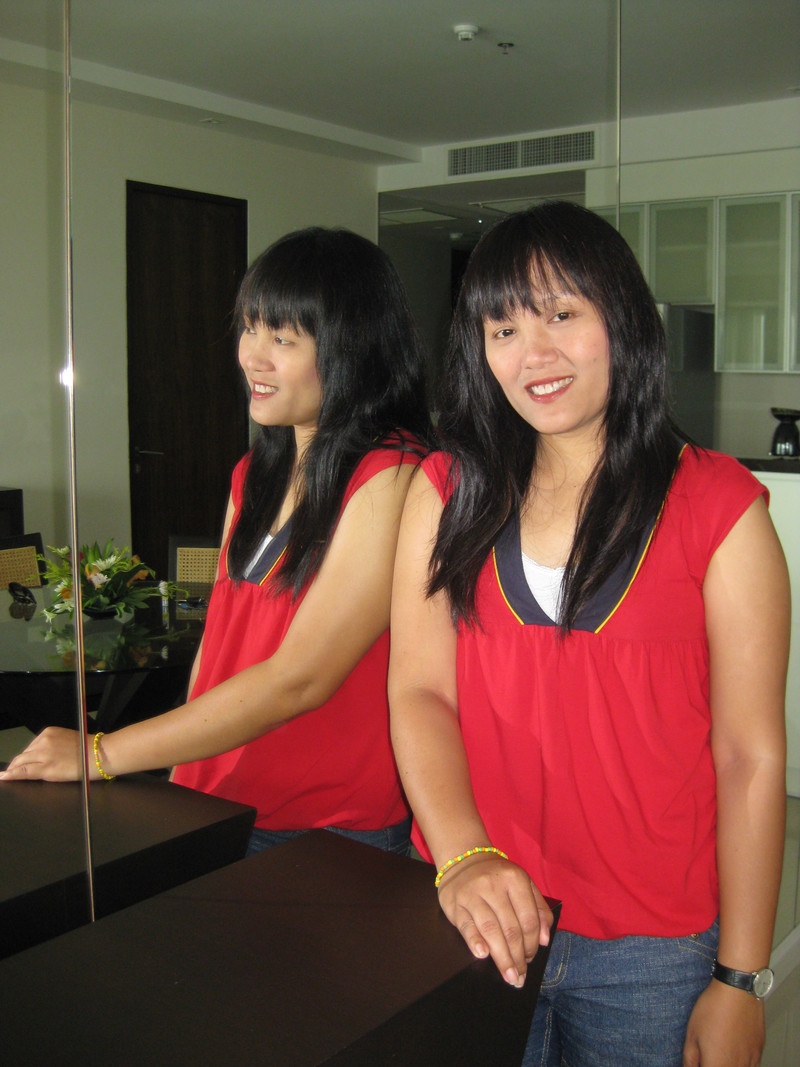 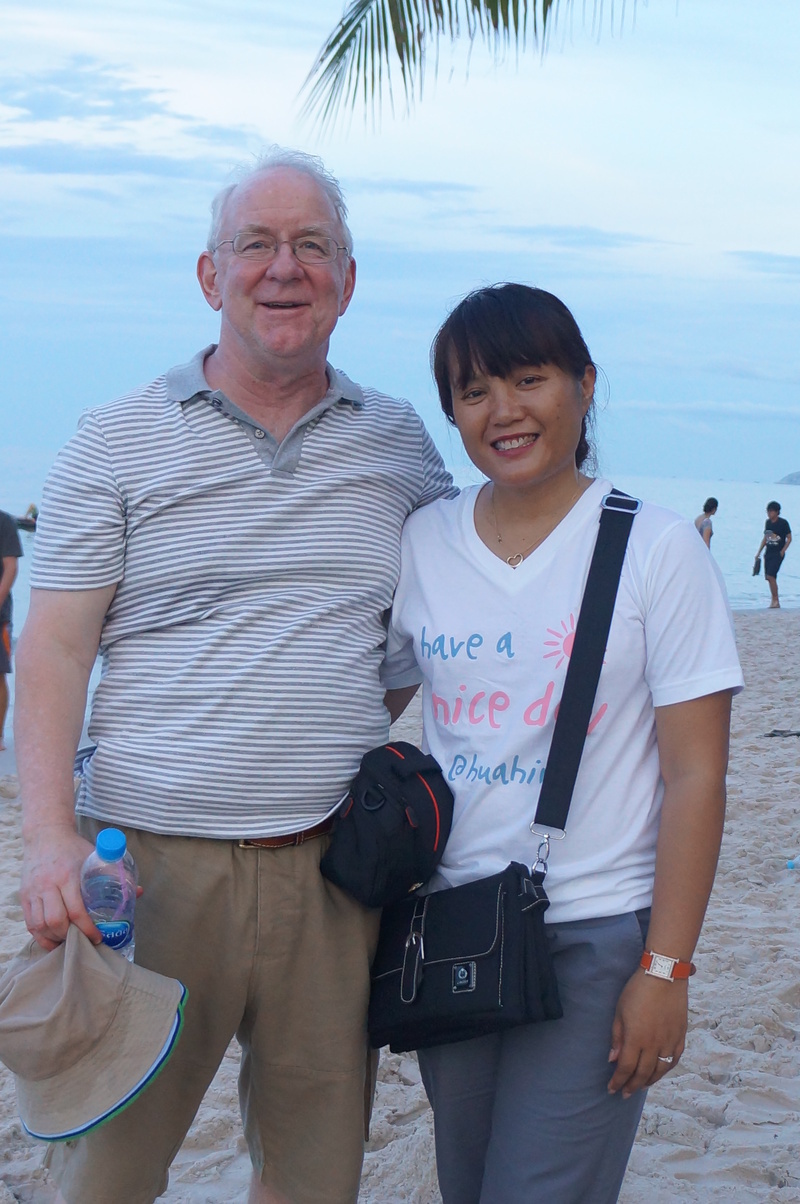