Coca Cola Ltd devised a sales campaign called RED, an acronym for Right Execution Daily. I didn't know anything about the details of the campaign, but it seemed brilliant to me on the face of it. Of course the world famous Coke logo is colored red, so building a campaign around both that color and the spelling of the color seemed quite inspired to me. And this article from India indicates that the campaign has been a winner for them.  http://www.thehindubusinessline.com/todays-paper/how-cokes-growth-got-a-red-boost/article983678.ece

The company that distributes Coke in Thailand has a lot of employees who have gathered impressive Coke collections. Coke has had a presence in Thailand since the mid 1950's and the Coke trademark is surely one of the most well known and valuable ones in the world. So if you want to collect something, Coke items makes a lot of sense.

I made a photo of a button from such a collection, one used in this RED campaign. I just wanted a record of what I considered a clever campaign. 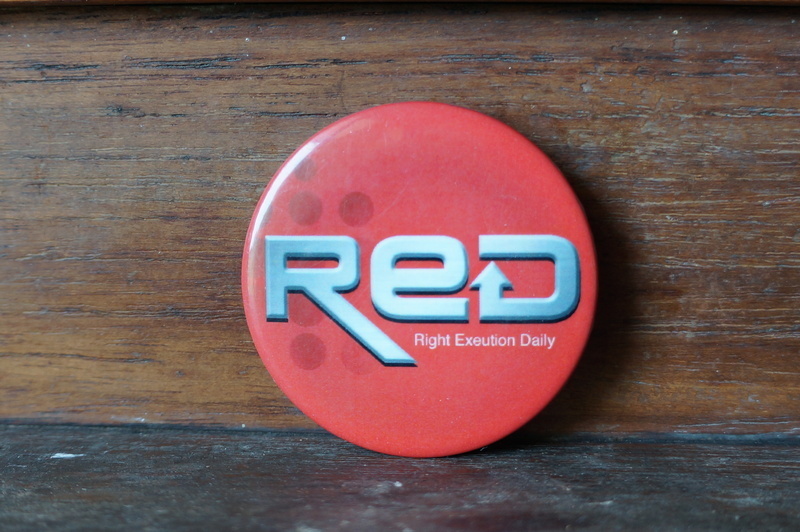 It wasn't until days later when I looked at the photo on my camera (and did a double take), that I realized it was worthy of recognition as a fantastic and ironic mistake!