When I was packing to come to Thailand, I wasn't clear on the rules about what you can take on an airplane these days. I printed about fifteen pages of text about baggage from the Korean Airlines ticketing website, but I was way too busy getting ready to travel to be able to read any of it. So when I was packing my toiletries, I decided to just skip the tall can of shaving cream and after shave lotion that I use. I figured it would be easy to just buy those things in Thailand.

When I first arrived, I was so busy taking it all in that I didn't even make it to a store to buy such things. I just used lathered hand soap, always works in a pinch. But after a few days, I wanted the real deal again, so I went to a grocery store and headed for the toiletries section. There were tons of bottles, jars, and tubes of stuff for men, but they all seemed to be concerned with cleaning, adding a nice odor, and whitening the skin. No shaving cream.

I don't think the tanning business is big here in Thailand. I understand that a lot of Thais like skin that is lighter, rather than darker. There are ads on television for these creams that are whiteners. But I haven't seen a single ad for any product related to shaving, for men or women.

So I gave up and did what men don't like to do, especially when we don't speak the language in the country. I headed to the check-out counter for some help. After repeating my question a few times, real slow, and pointing to my face, the lady got what I wanted. She walked to the exact area where I had been looking and tucked at the end of a row was some Gillette Foamy, exactly three small cans of it, 175 g each. That's about half the size I buy back home, and not the brand I buy either. But that's all they had, so I was happy to get it. 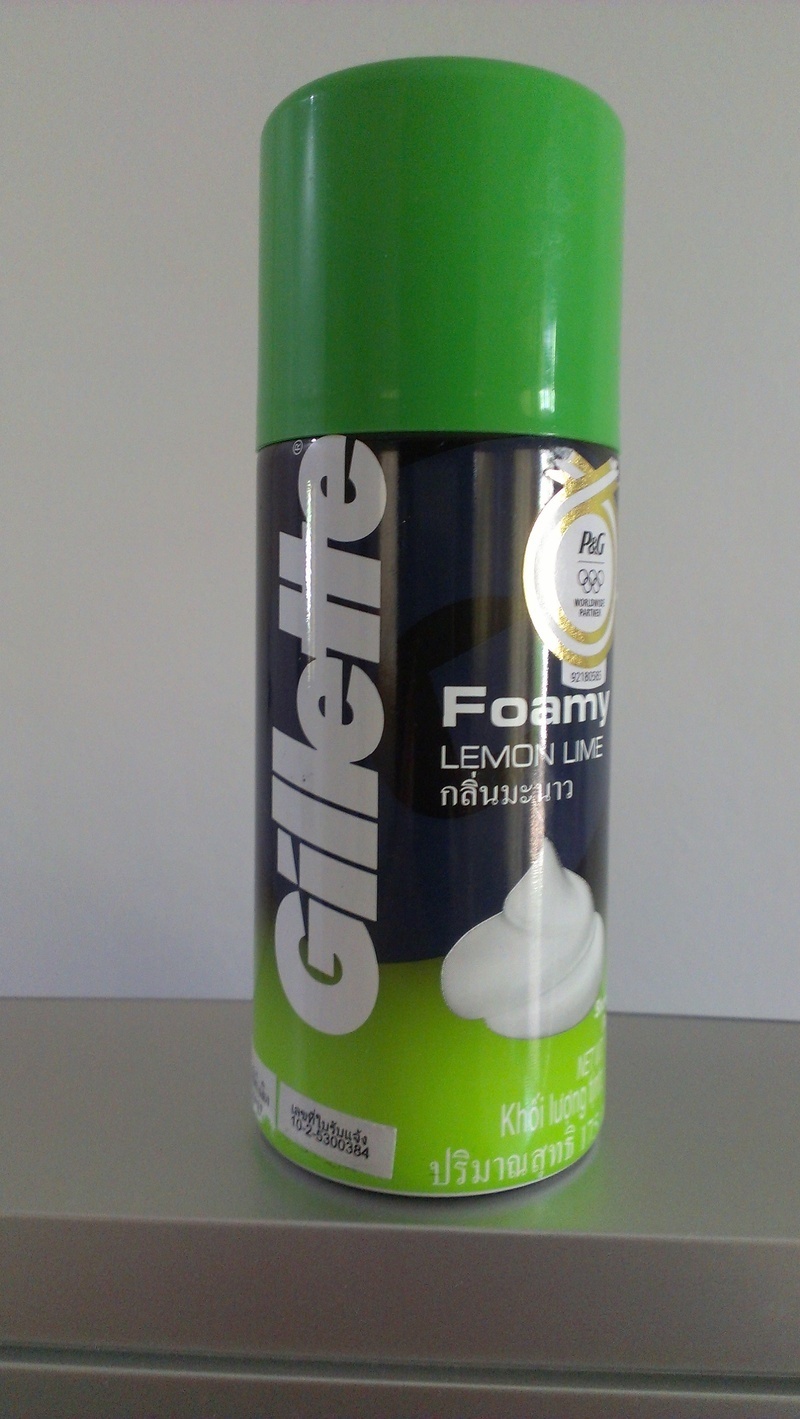 After a few days, I started wishing for some after shave lotion to rub on. So far, no luck with that. I looked at a 7-Eleven last night and couldn't even find the shaving cream. Well it turns out they did have even smaller containers of shaving cream. They were behind the checkout counter on the back wall in the corner, where only the clerk could reach them. But no after shave lotions with them. It may be the only thing these 7-Eleven stores in Thailand DON'T carry!

By the way, in the cities I've been in so far in Thailand the 7-Eleven stores are the most common retail stores there are. They are everywhere. Near the DPU campus in Bangkok, I found one about two blocks down the road from the hotel and thought, "Well that could be handy." The next time out of the hotel I walked the other direction and came to a 7-Eleven even sooner. And less than a block from there in another direction was a third one! They always have people in them who are spending money.

Anyway, I did some research about this puzzling scarcity of shaving accessories. On one shaving forum ( http://straightrazorplace.com ) I found this comment from JudgeMental:

"I'm here in Bangkok, and have lived here for quite a few years. Shaving is not something that most Thai's are very concerned about. The other day I watched a taxi driver pluck his facial hair out with tweezers while waiting at the traffic signal. Thais typically have sparse beards, and many don't shave every day."

I guess that's it. They don't sell it because no one wants to buy it. And it certainly does appear that 7-Eleven knows what people want to buy.