During our residency in Singburi, I had an unfortunate reason to wonder whether these average heights had an influence on the design of our hotel. It had a central elevator by the front desk to go up the five story building. But on each side of it were curved staircases one could take instead. These were lovely with gleaming stone steps and sturdy metal handrails. I got into the habit of taking the stairs mostly, as our room was only on the second floor. I usually held on to the railing because of the curve in the steps, which I didn't want to throw me off. 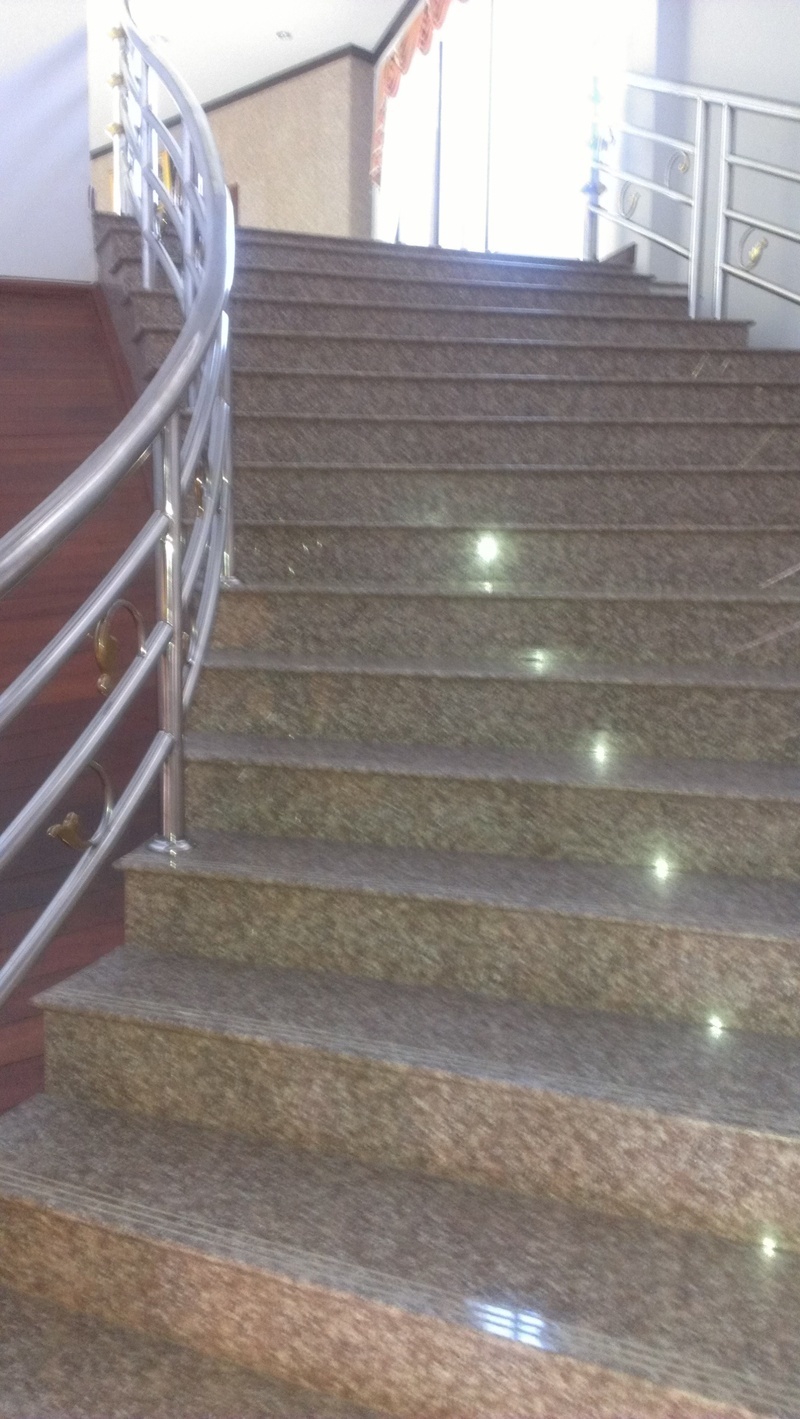 One day I started down the left of the two staircases from the second floor.  Well I almost started down, I should say. I was going to go down the right side of the stairs, holding on to the right side railing. To the extent that my attention was focused at all, it was focused on grabbing the railing, while looking down the curve of the stairs. But before I could put my foot onto the first step going down, I felt a terrific BONK on the top center of my forehead at the hairline. Or maybe it felt more like a WHAM! I was sent reeling backwards and ended up steadying myself against a center pillar holding up the ceiling.I had run into the bottom of the staircase going up to the floor above with full force. I never saw it coming. It had never occurred to me that I might have to duck as I headed down a staircase. But on that staircase, you definitely need to duck if you're going down the right side. Well maybe not if you're a 5'2" tall Thai woman. But if you're a 5'10" farang, you better be ducking, or you're gonna get bonked. 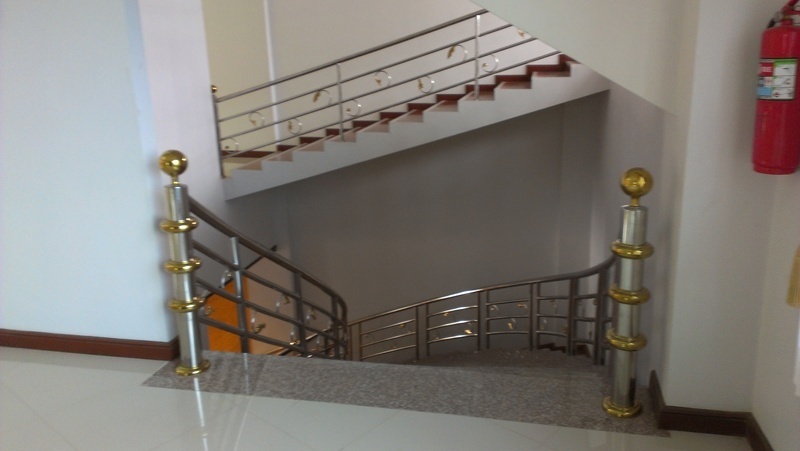 The staircase (above) I was going to go down on the right side by the fire extinguisher. 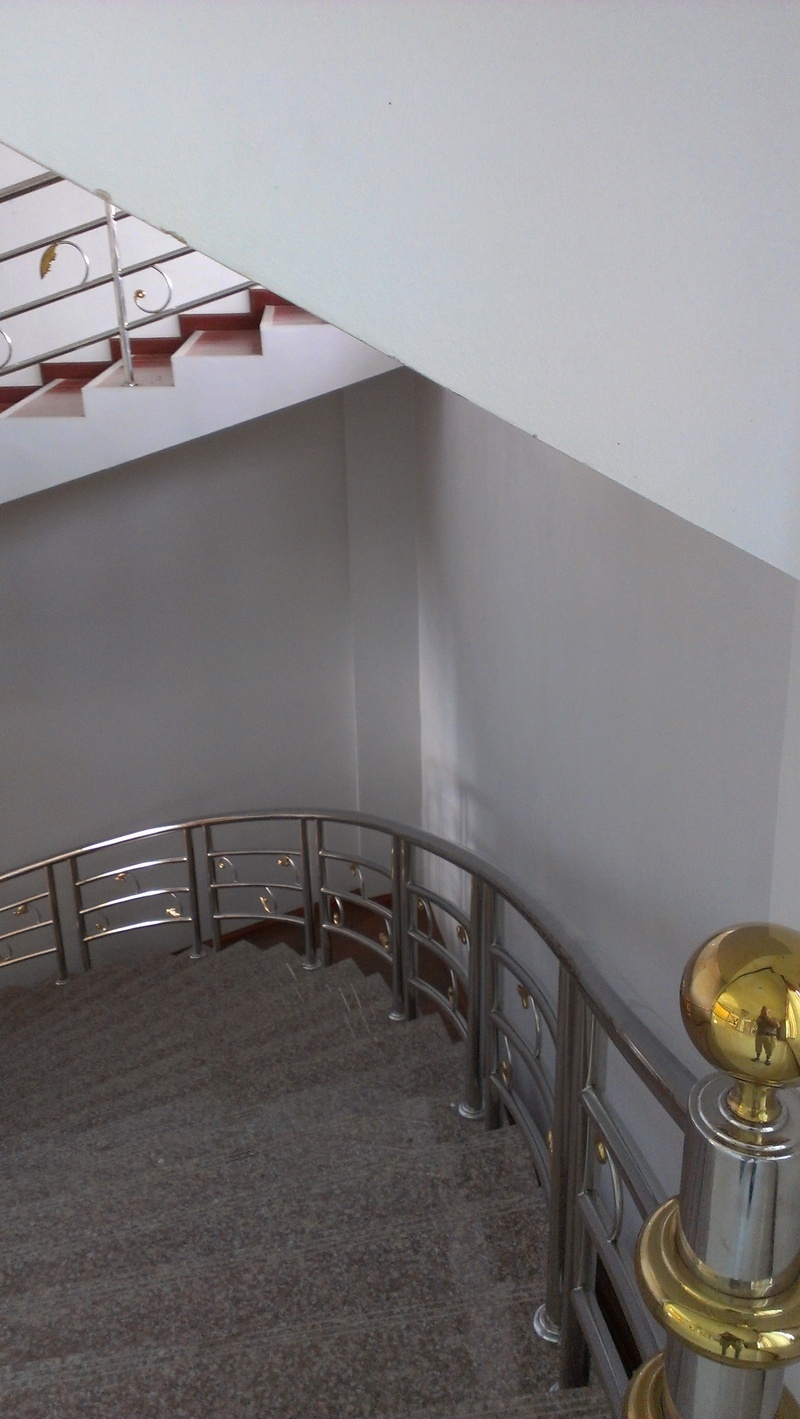 Here is a closer view (above) of the low clearance on the right side of this staircase. When I later stood on the far right, right up against the railing, the bottom of the staircase from above hit me at the bottom of my chin. As I stood a little further out to the left, it hit me at the top of my forehead. 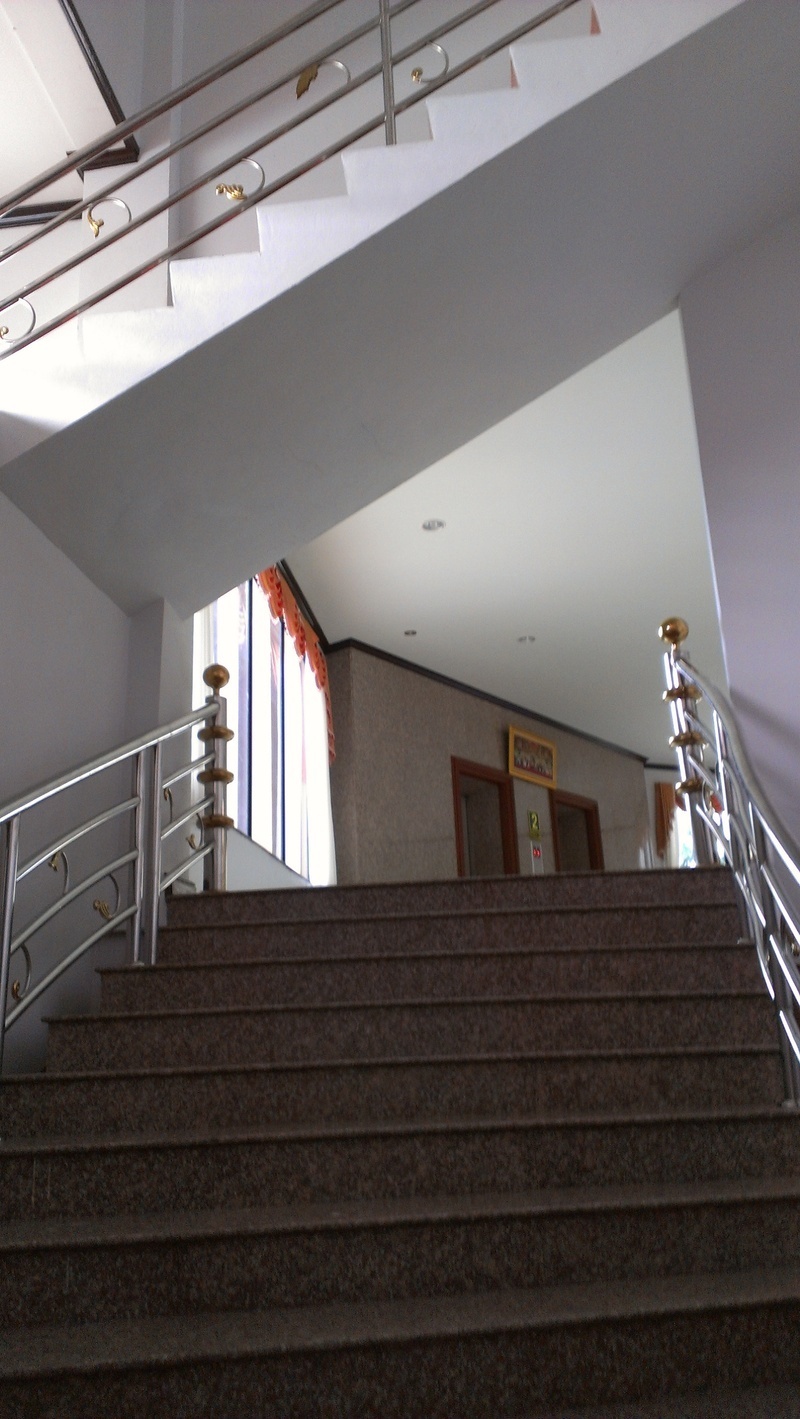 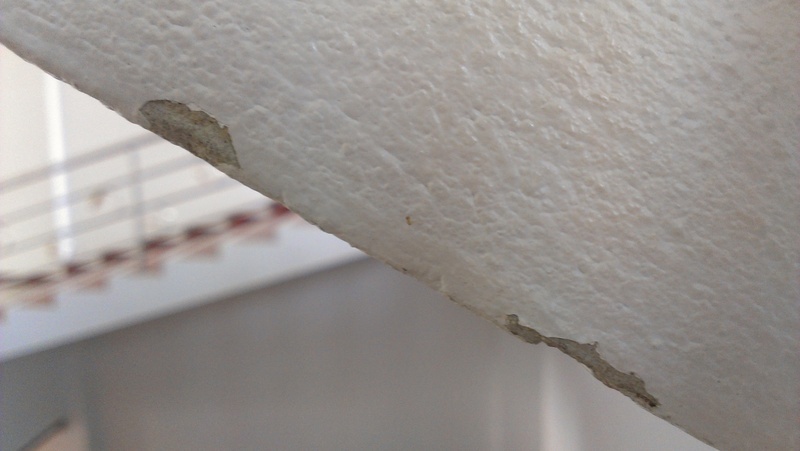 As you can see (above), I was not the first one to ever bonk themselves on this low clearance. Some unlucky people before me had actually chipped off the paint in two places, no doubt with parts of their body.
Of course this was an error in design by the architect. It's rather surprising that it actually got built this way. When we pointed it out to a member of the hotel staff, the recommendation was that we go down the left side of the staircase, instead of the right. Ha ha!
Of course in the US, the hotel would have already been sued over this many times, or maybe once would have been enough. The obvious solution at this point is to place a very heavy and immovable planter with a lovely plant at the top of the stairs on the right. Make it impossible for a person to walk where they can get hurt.