On our way back from our weekend in the beach resort of Pattaya on the Gulf of Thailand we stopped for lunch at a great open air restaurant. The five of us sat down at a sturdy wooden table with heavy wood benches with carved backs. Soon after sitting down we heard a loud banging right nearby. We looked over and saw a man whacking away with great force on bamboo sticks using a very heavy mallet. This was splitting the bamboo open lengthwise and after he had done several in this way, he gathered them up and carried them off to somewhere else in the restaurant. I was puzzled and wondered whether he was splitting the wood to be used as firewood for cooking some of the food. 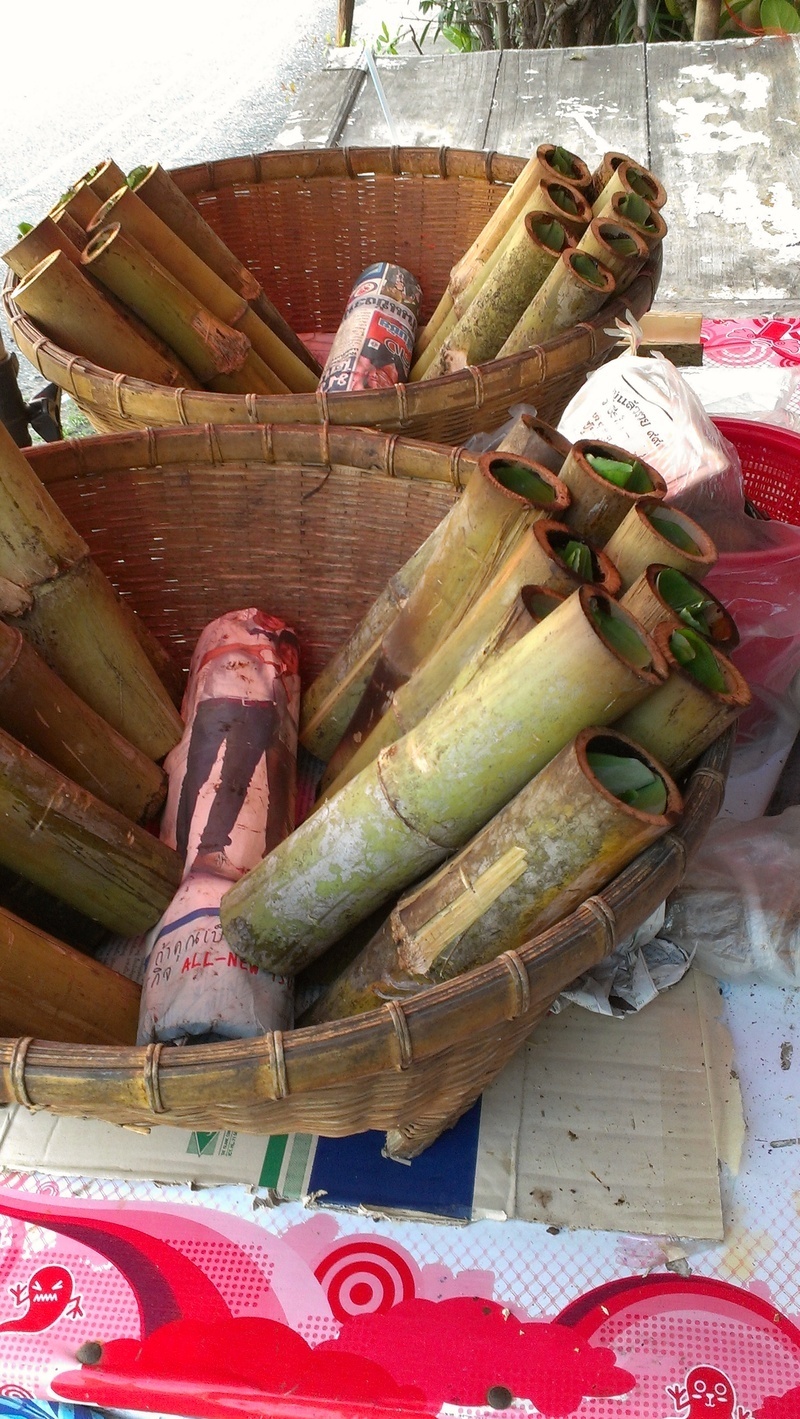 I took a picture of the bamboo sticks that had not yet been split open. 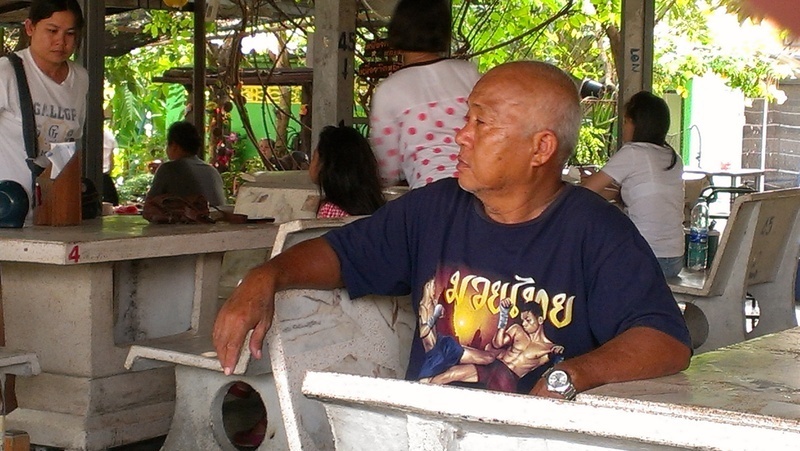 And this is a picture of our Bamboo Man, on a break from his wood splitting chores.

I asked Wit what this was all about with the bamboo and he laughed and said I would see. Soon he got up and brought over two bamboo sticks that had been freshly split. "Look," he said, as he pulled the first one open into two pieces. There was sticky rice inside! What a surprise! The bamboo sticks were part of a Thai dish! I pulled off the end of the plug of rice with my fork and put it on my plate. Delicious. It contained the sticky rice, some black beans, sugar, and coconut milk; all sealed at the end with a banana leaf. 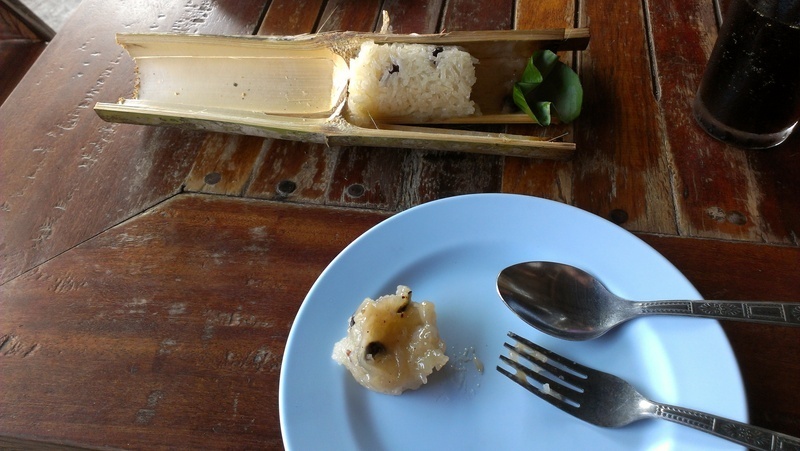 When the second bamboo stick was opened it revealed a much darker color to the rice. This was because that batch had an added ingredient of paddy seeds, the rougher rice before it is milled into white rice, called black rice by the Thais. 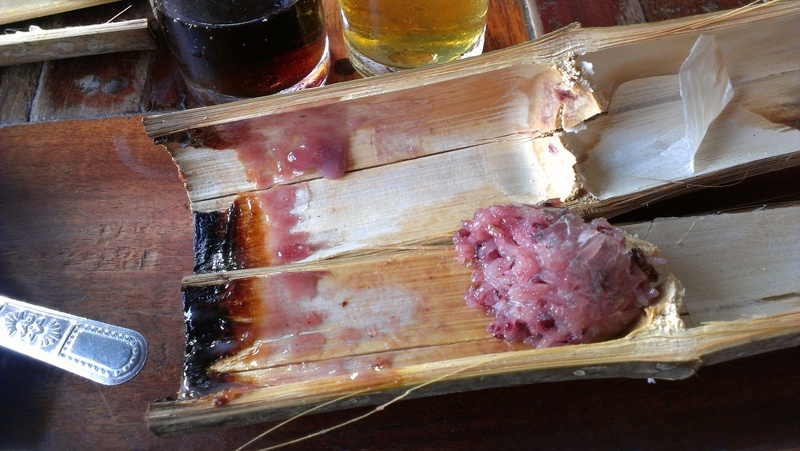 I asked whether the rice was cured for some time inside the bamboo and was told, "No, eaten right away." But when I later found the video that follows, I learned that the rice is baked inside the bamboo. You'll note they say in the video that banana leaves are no longer used to seal the ends. But the bambook sticks we enjoyed were sealed with the banana leaves.
This dish is called Khao Larm and I never saw it on the menu of any Thai restaurants in the US. So this was definitely my Food Surprise of the Day!
Wit told me that it costs 100 Baht, a little over 3 USD, for either three sticks or five sticks, depending upon the diameter, and thus capacity, of the bamboo.As you will see, there seems to be a variety of ways to spell the name of this dish.
http://www.thaifood.food-recipe-cooking.com/sticky-rice-in-bamboo-khao-laam-t...