Near Dhurakij Pundit University in Bangkok, Thailand is an open market, the kind you see all over Thailand, where entrepreneurs sell their wares. This one was about ten rows of vendors, with those closest to the street selling fruits, vegetables, cooked and uncooked meats, and freshly cleaned fish in great variety and quantity. At the back, vendors were selling clothes, jewelry, souvenirs and household goods. 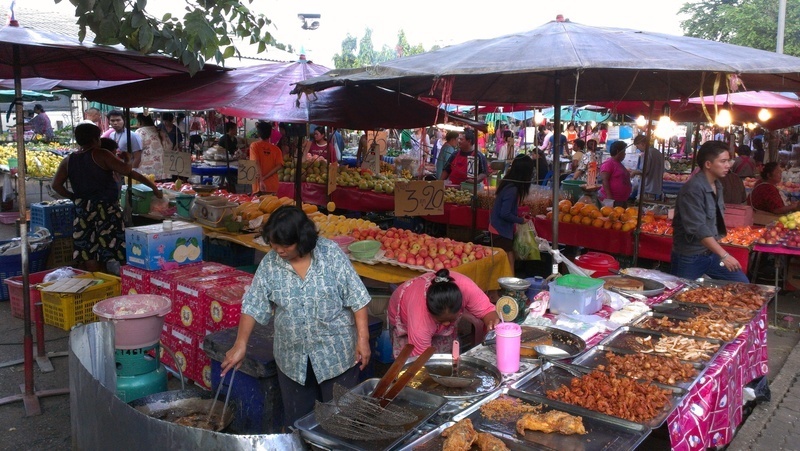 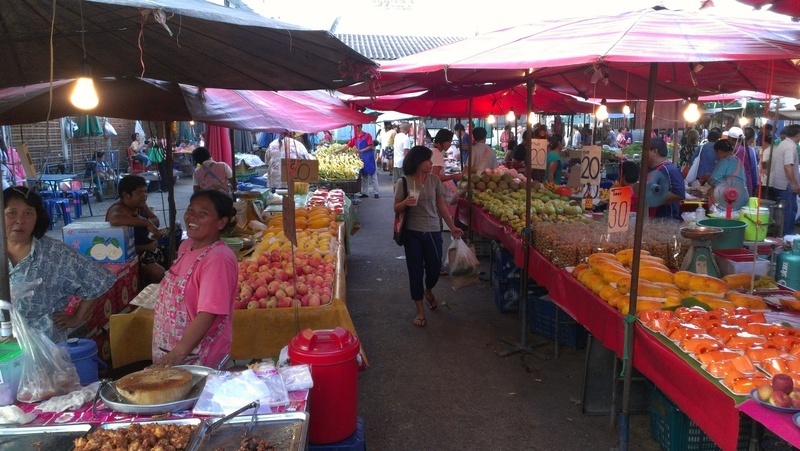 But what do we have here? 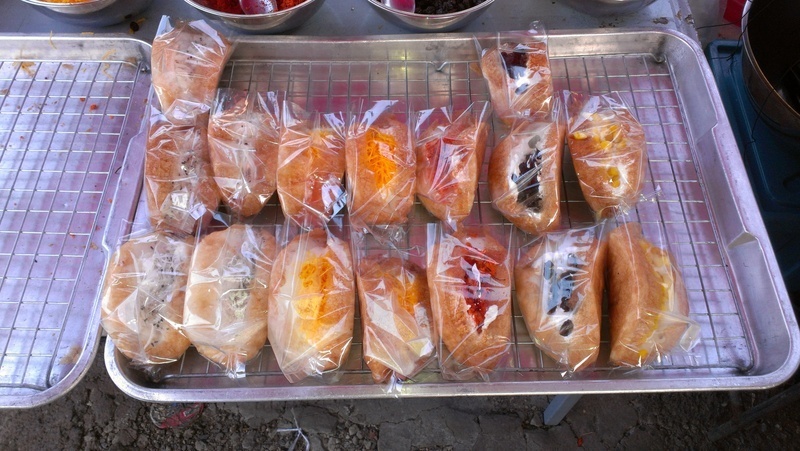 Hand-Made Cream Puffs, Thai Style
I wasn't expecting that!! I wasn't sure what they were, but they told me they contained fresh cream. As I recall, they were 10 Baht each, less than 50 cents US, so how could I go wrong? I bought two; one with the yellow stuffing and one with the dark berry stuffing and moved along to the clothing area, eating them as I went. Delicious, both of them, especially the yellow one, though I had no idea what kind of stuffing it was. I just knew it tasted good!
I headed back to the cream puff stall to learn more from the enterprising young couple who were making and selling them. Here is the oven they were using to cook the soft shells, four at a time. 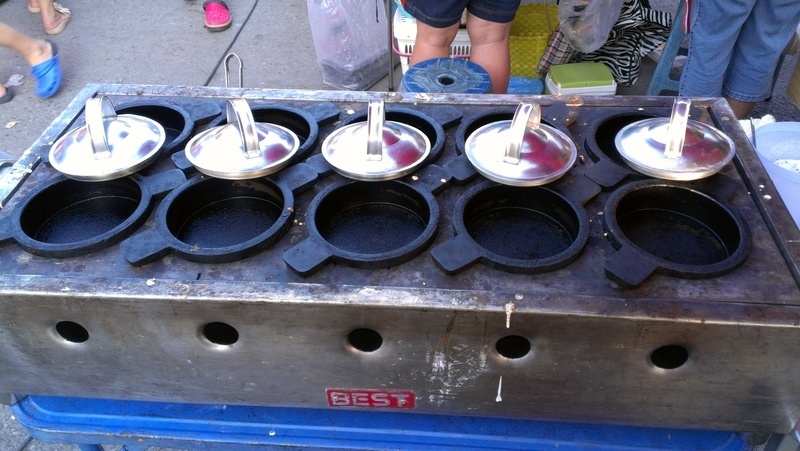 And now watch as they bake the shells, fill them with their fresh cream and stuffing and then package them for sale. In the fourth cream puff, she used corn as a filling, a variation I didn't try.
https://www.dropbox.com/s/l2hymoprg48n6r5/2012-11-01%2016.48.10.mp4 https://www.dropbox.com/s/6lclg4m4lldmid5/2012-11-01%2016.50.18.mp4
They were both very friendly and did not object to my filming their activities. I thanked them, we exchanged a Thai wai, and I was on my way, very pleased to have had such a delightful exchange and eaten such delicious treats.
I played the videos for a native Thai and last night I found out what the yellow filling was. It was Foy Thong, described as the "most expensive Thai dessert" available in markets in Thailand, usually saved for a very special occasion.  The recipe shows the yellow color to be derived from chicken and duck eggs, no food coloring!
http://www.joysthaifood.com/desserts/thai-dessert-foy-thong/
Well now I think of my discovery of Foy Thong in hand-made cream puffs made at a street market in Bangkok as a rather special occasion. When I am near that market again, I will stop by to say hello to the lovely young couple and taste their desserts once more!