This is about food, nothing else!

When we arrived back in Northern Thailand (my favorite), I wanted to go to the Central Plaza Lampang, a new mall that opened just after I left Thailand the last time. In many ways, Thailand is very different from the US, which is one of the reasons it is so much fun to visit. The exception to this is the malls in Thailand, which carry many of the same brands as the malls in America. If you get homesick, you can always go to a mall in Thailand and soon you'll be feeling like you're at the Glendale Galleria, except it isn't just the young girls who are thin, but nearly everyone.

Well there is one notable difference. The malls in Thailand have many small bank stores, making it easy for people to get access to their spending money, or to change their currency into spending money.

So we went and did some shopping. When it got to be about 5:00 pm, we were getting hungry and we went looking for some food. This mall doesn't just have a food court. On the third floor there is a restaurant row, with restaurant after restaurant side by side, on both sides, offering many different choices of cuisine: Thai, Chinese, Japanese, and many more, even a steak house. Oh yes, and both McDonald's and KFC, but I think they were relegated to the second floor.

We were leaning toward Japanese, as a change of pace from our usual Thai meals, and there were two choices of those, MK Restaurant and Yayoi. It was only later that I learned that these are large chains of restaurants, both owned by the same company. I don't remember the tipping point, but we settled on Yayoi. We found this review online only many days later.

We sat down at our booth. I love booths in restaurants, but that wasn't the tipping point. We started looking at the large menu, full of color pictures of many choices, and we learned that Yayoi is all about Hot and Quick! It is stated and restated many times in their menu that they will be delivering these delicious meals Hot and Quick! It quickly got to be a bit of a joke among us. After all, most fast food is hot and quick, but is it any good?

Soon a waiter appeared to take our order. The ladies pointed to the green tea in tall pitchers and said we better get that, so we ordered that to a nod from the waiter. The rest took longer because there were so many choices. I knew I wanted an order of Tempura and a salmon roll, but I wasn't sure about my main dish. The ladies made their choices and made some suggestions for my main entree.

Suddenly a young fellow arrives with a tray carrying our tea pitchers and starts pouring our glasses. We're still ordering and the drinks have arrived, without the waiter budging from his spot at the end of the table. I settle on my main dish, the waiter leaves and we begin to drink our very green tea.

Within one minute, probably more like half that time, a waiter is delivering our first meal to the table. And so it goes. Within a few minutes, we're all eating our Hot and Quick meals. And pretty darn good too. Fast food is not something you write home about, but here I am, writing home about it! 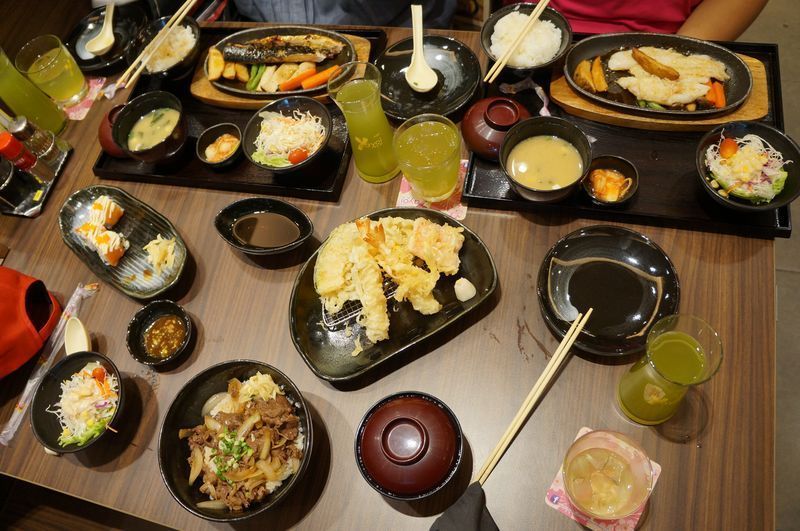 As my stomach got fuller, my mind began to consider this Hot and Quick tagline. How did they pull this off and still have the food be very tasty? My eyes wandered over to a nearby booth where a waiter was taking another order. And then the light went on. He wasn't holding an order pad and pencil. He was holding a small device, like a smart phone.

You know, just like when you go into the Apple Store and all the clerk/geeks in blue shirts have small devices around their necks, which they begin to type on, if someone starts to order or has a question. 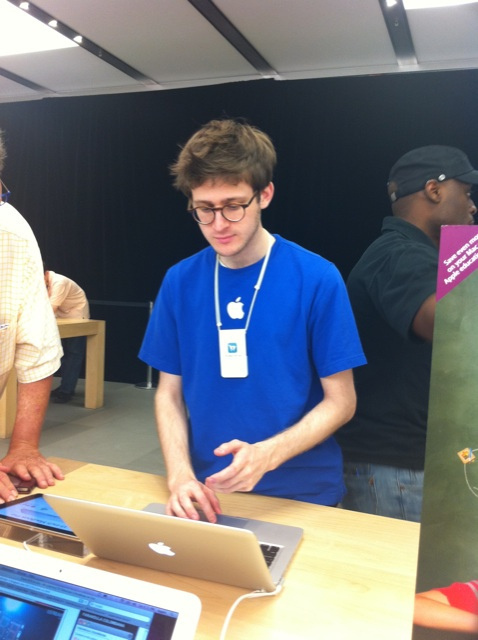 The waiters had a direct connection to the kitchen! They could start cooking the first order while we were still deciding about the second order. That's how the green tea could arrive even before our order was complete. Hot and Quick. Brilliant!

I don't get out much back home. Is this already going on all over America? I had never seen it anywhere else. The United States doesn't hold a monopoly on innovation, now does it? In any case, if it isn't already, this system of ordering will likely be sweeping across America soon.

ADDENDUM
Three nights later we end up having dinner at MK Restaurant, but at a mall in Chainat, instead of Lampang. Their waiters all had the same hand held electronic devices for taking orders. They carry them in a little pouch on their belt and they use a stylus for entering the data. I got a brief look at one. They also show the total cost of the meal at the end, so the waiter was able to collect the money. No need to stand in line at the cash register.