Thailand grows a huge amount of rice and it exports more rice than any other country in the world. Drive around Thailand and you'll see rice fields everywhere, especially in Central Thailand.

I know next to nothing about rice farming. But one thing jumped out at me when I first began to see the rice fields in Thailand. There is one stage in the growing of rice when the fields take on the brightest, most uniform, green color I've ever seen in nature. Much better than any golf course I've ever seen. The fields are incredibly beautiful at that stage.

I've just admired these green fields as we've sped by on the highways, our view obstructed by the trees that often separate the highways from the fields. But one day we turned off the main highway and drove down a narrow two lane paved road on the way to a nearby destination. Suddenly a huge green rice field appeared on our right, all at that stage of bright green. Paula stopped and took two pictures from the truck. I looked at them and decided to try taking a video of the field, from end to end. These follow. 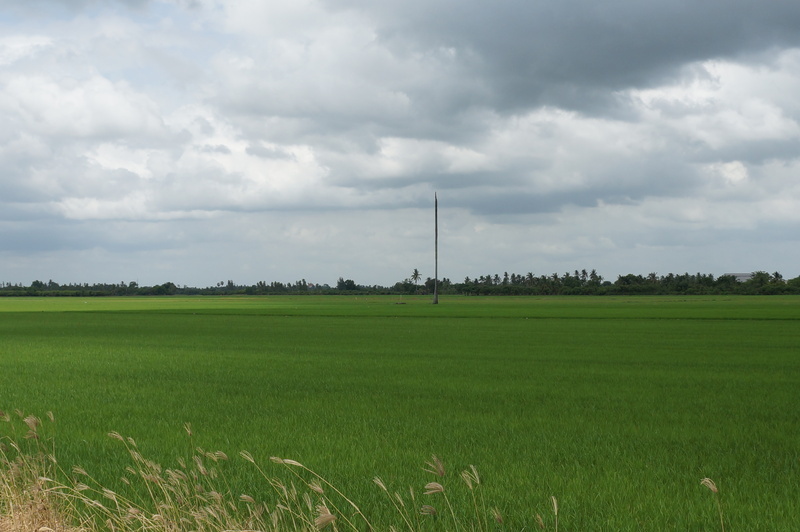 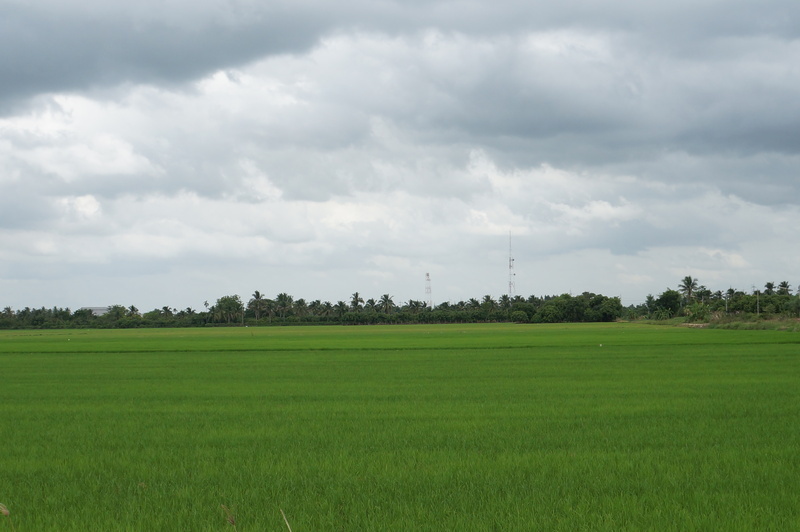 Unfortunately my camera and/or my camera skills were not up to the task, as the green in these images is not true to the color we witnessed in real time. The actual color was much brighter green.

So I resorted to a Google Images search and found this picture that captures the brightness and uniformity of green better than any others. Wonderful, but still better witnessed in person. You'll notice the field is flooded with water at this stage, as it was in the field that we photographed. 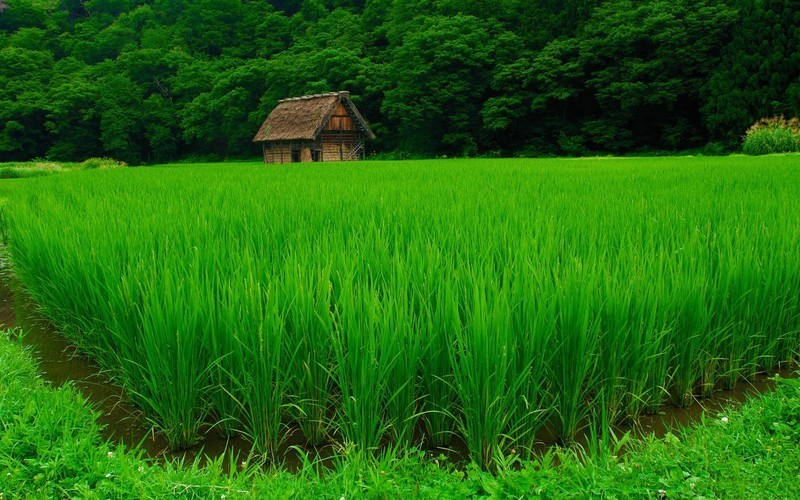 Now take a look at the next image in my camera. 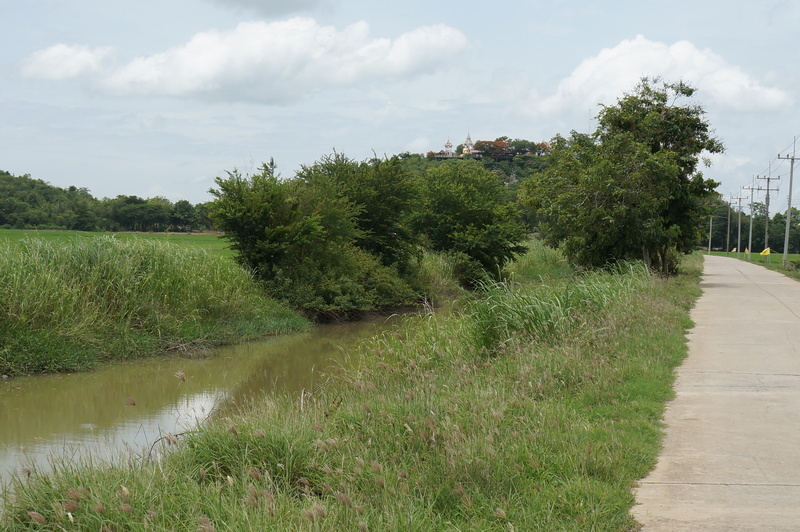 No, I wasn't taking a picture of the irrigation channel that served those rice fields. I was taking a picture of our destinaton, the reason we were on that narrow road. Look just above the trees, just to the right of center. It's a wat, a Buddhist temple, and one of those times when I wished I had a zoom lens to put on my camera. We were driving through Suphan Buri on our way to Kanchanaburi from Nakhon Sawan, when Paula pointed off to the left and asked if I wanted to visit a wat. "Sure, if you think we can afford the time." So she had turned left onto this narrow road, one kilometer to the wat, according to the sign. "It's a new one," she said.

The story about that wat, one you won't find in the guide books, is my next posting.