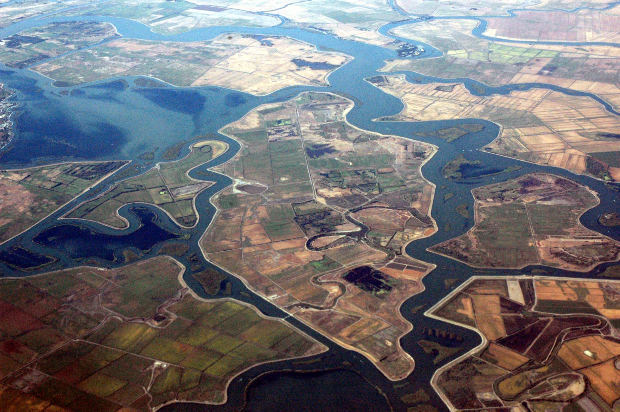 As our plane approached the San Francisco Bay Area, our long flight from Tokyo was nearly over. I was still feeling the pain of another separation from Paula, who was still back in Thailand. Soon I would restart my familiar, mundane existence preparing income tax returns for others, fulfilling my obligation to my clients and saving them money and trouble.

For weeks I had been making up for lost time, experiencing a vivid life in a magical land so different from the one where I had been living all my life. I had been dreaming about seeing exotic corners of the world for over fifty years, ever since I first heard sounds from distant lands over shortwave radio and then communicated with people all over the world with amateur radio. But the practical demands of making a living and doing the tasks of various jobs had mostly kept me in the Midwest and then in California, for decades. Those things always came first. Finally I was breaking out from those safe routines, flying 8,000 miles and experiencing life in a culture very different from my own. It was a relief, exciting, magical.

The airline had started showing a video on all the video screens in the cabin. People were no longer able to watch their own selection of TV shows and movies. Everyone was gonna watch this one. It was not an emergency preparedness public service announcement, like at the beginning of the flight. It was a pitch for San Francisco as the most compelling travel destination in the world! It was showing all the things that everyone must be sure to see while they were there: The Golden Gate Bridge, the cable cars, Fisherman's Wharf, Chinatown, Coit Tower, the Transamerica building, Golden Gate Park, Haight-Ashbury, Lombard Street, the Painted Ladies, the beauty of Muir Woods and Marin County, and on and on. I looked around and realized most people on my flight were not arriving home like I was. They were about to arrive at their dream destination, one they had been planning for and looking forward to for a long time, maybe years.

I was suddenly enveloped in sonder.

Sonder | The Dictionary of Obscure Sorrows from John Koenig on Vimeo.

Maybe I had been living in Paradise after all. I had been to all those places in the video on the plane many times, they had become commonplace to me. I had not been flying to exciting destinations for decades, freeing myself from my mundane existence. But I had talked with people in nearly two hundred countries with my ham radio. And I had been living where countless people from all over the world wanted to visit. 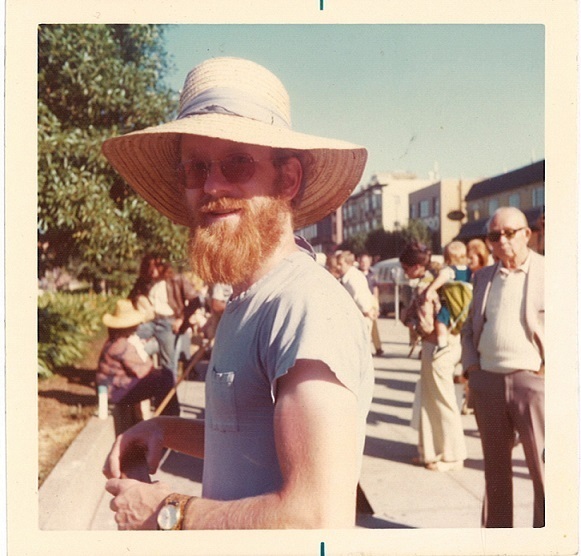 In fact, when I made my living as a street artist at Aquatic Park near the cable car turn-around and Fisherman's Wharf, I was even one of the tourist attractions! We were photographed often as we dyed and polished our hand tooled leather belts on the street. A tourist could select the leather strap and metal buckle they wanted and we would cut it to their size, add the buckle, punch the holes and send them on their way with a belt custom made just for them.  Back home they could tell their friends about the colorful guy in the straw hat and full beard who made their belt with a smile, just for them.

My life experience suddenly seemed more worthy and a reassessment of my life began.

It began to dawn on me that I had experienced many extraordinary things in my lifetime so far. As a little kid I had met Rafael Mendez and gotten his autograph. I had walked through the dugout of the St. Louis Cardinals before a game and gotten autographed oversize baseball cards from everyone on the team, including giants like Stan Musial and Red Schoendienst. While in college, I had seen Martin Luther King in person, just across the room from me! I had seen Igor Stravinsky conduct the Oberlin College Orchestra in his own music and the following year I saw Aaron Copeland do the same thing. Stravinsky and Copeland! In the same concert hall I sat no more than fifteen feet from both Arthur Rubinstein and Rudolf Serkin as they performed piano concertos for us, their flying fingers in full view of me the entire time.

I sat in an auditorium in my high school and listened to the live radio coverage of John Glenn orbiting the earth in his space capsule, riveted by the high drama and risk of the flight, which did not have a certain safe ending in our minds, the reputation and pride of our entire nation riding on its outcome.

I saw Lee Harvey Oswald murdered, on a black and white TV, surrounded by my classmates, not on a news reel, days or years later, but live, right in the moment as it occurred, history in the making right before our eyes! I watched the live TV coverage of JFK's casket being brought to the Capital by a horse-drawn caisson and watched as we saw the heart breaking moment of JFK's very young son saluting the casket as it was taken from the cathedral for burial at Arlington National Cemetery. Yes, I saw all the pictures in Life Magazine and the memorial books, as school children probably do to this day, but I had already seen the events live on television, the coverage presided over by Walter Cronkite, just as he had narrated the events of John Glenn's space flight.

I missed Woodstock, but I was there for the west coast version, Altamont, and saw Mick Jagger transform a very uptight claustraphobic sea of young people into a dancing throng of hopeful, exuberant folks by the end of the show, no small feat. And I went to a theater in San Francisco and saw a live performance of Hair, including the dramatic scene at the end of the first act, with the entire cast standing there before us in the nude.

From a very young age, I grew up under the fear of nuclear annihilation, always in the background of world politics, and then lived through the horrors of the JFK, MLK and RFK assassinations, as well as witnessing my generation being torn apart by the Vietnam War.

When the age of the personal computer began, I was living in Hollywood rather than Silicon Valley, but I joined in with the purchase of an Apple II+ and learned whatever I could at the local computer store and from the many computer magazines of the time. We had no Internet, but the explosion of these small computers into our lives was very exciting. I used my Apple II+ to do the accounting for a multi-state sales company, with financial statements as sophisticated as those produced by QuickBooks today.

Still living in Los Angeles in 1984, I attended many events at the Olympics, watching as Mary Decker collided with Ola Budd and fell to the side of the track in the 3,000 meter run, down below, but right in front of us. As we were walking toward the LA Coliseum for that final day of track and field events, we came upon Ron Brown, who was getting out of his car, to go run for the Americans in the 4X100 meter relay. Not surrounded by any entourage, he was very friendly and gracious, posing for photographs. The American team of Sam Graddy, Ron Brown, Calvin Smith and Carl Lewis was heavily favored to win. We wished Ron Brown well and encouraged him to break the world record. He said they were hoping to do just that. Running the second leg of the race, it was our friend, Ron Brown, who first put the American team into the lead, and with the 100 meter world record holder run of Calvin Smith in the third leg and the fast winning kick of Carl Lewis in the final leg, the team easily won and DID break the world record with a time of 37.83, the first team to ever break 38 seconds. It was the only world record set in track and field at the 1984 Olympics. Brown went on to a very successful career as a wide receiver in the NFL, though we lost touch with our friend.

The next day we returned to the Coliseum for the Closing Ceremonies, including a performance of Thus Spake Zarathustra, the dramatic appearance of a UFO in the sky, high above the stadium, the finale to the Firebird ballet, a laser light show, a short speech by an alien and a very long and loud fireworks display, the longest one I ever saw in my life!


Much older now, I can write about my experiences and publish them to anyone in the world who wants to know about them. Unfortunately back then I wasn't writing, keeping a diary, or even taking many pictures. I have no archive to refer to, only what I recorded in my own mind. Kids these days will be able to look back in fifty years and see tons of details about the evolution of their lives.

But at least now I've started, gradually documenting some of the amazing things I've seen in Thailand, filtered through my own experience in a very different world. Not written to sell anything to the reader, but to show my perspective, something that might connect with another in this complex game of life we all share. And I started writing about Thailand from nearly the first day that I arrived.
I've wondered about how to get more followers on Twitter and for my blogs. One person advised me to "tweet about things on which I have some expertise." Malcolm Gladwell (and Simon and Chase before him) said that expertise comes only after 10,000 or more hours of study of a subject. So I should put in my hours before I write? 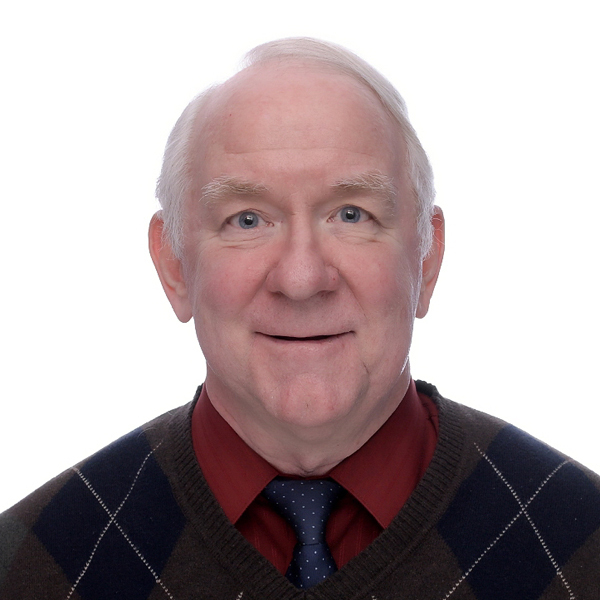 And then it came to me.
I'm an expert!
If there's anything you want to know about the life, interests and thoughts of Ron Chester, I'm the best one to ask! I've put in way more than 10,000 hours on that subject, more than ten times that amount. I know all about it like the back of my hand. I'm an expert, that's for sure.
And so are you!
No one else knows about you, like you do. Maybe there's some overlap in your world and mine; some experience, interest, thought, feeling, or dream that we share. Something that for perhaps one brief moment (or longer!) will connect us, casually or profoundly, turning our two worlds into one. Of course I want to know about those things! I like talking with experts. So reach out and leave a comment below.