I found there are advantages to traveling in Thailand in Thainamthip circles, the company that bottles and distributes Coke, Sprite, Fanta and other drinks in Thailand.

Most important, the employees I got to know from this company (over ten) were all friendly, welcoming, fun-loving people and the great camaraderie amongst them was evident and pleasing. Now, is there anything more American than Coca-Cola? Maybe not, but Coke has had a strong presence in Thailand since 1949.  This Life Magazine photograph from its earliest days in the country is one of my favorite images, with its pairing of the exotic Thailand and the legendary American label. 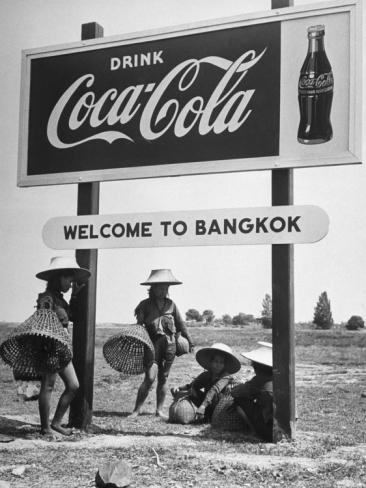 This image shows a lot of what I experienced in Thailand, a country that has developed and maintains its own distinctive culture over many centuries, but now accepts and enjoys many things from America and the West, including the great taste of Coke.

If you hang out with employees of Thainamthip, one day you're likely to enjoy receiving gifts of things sporting the classic Coca-Cola trademark, surely one of the most famous marks anywhere in the world. 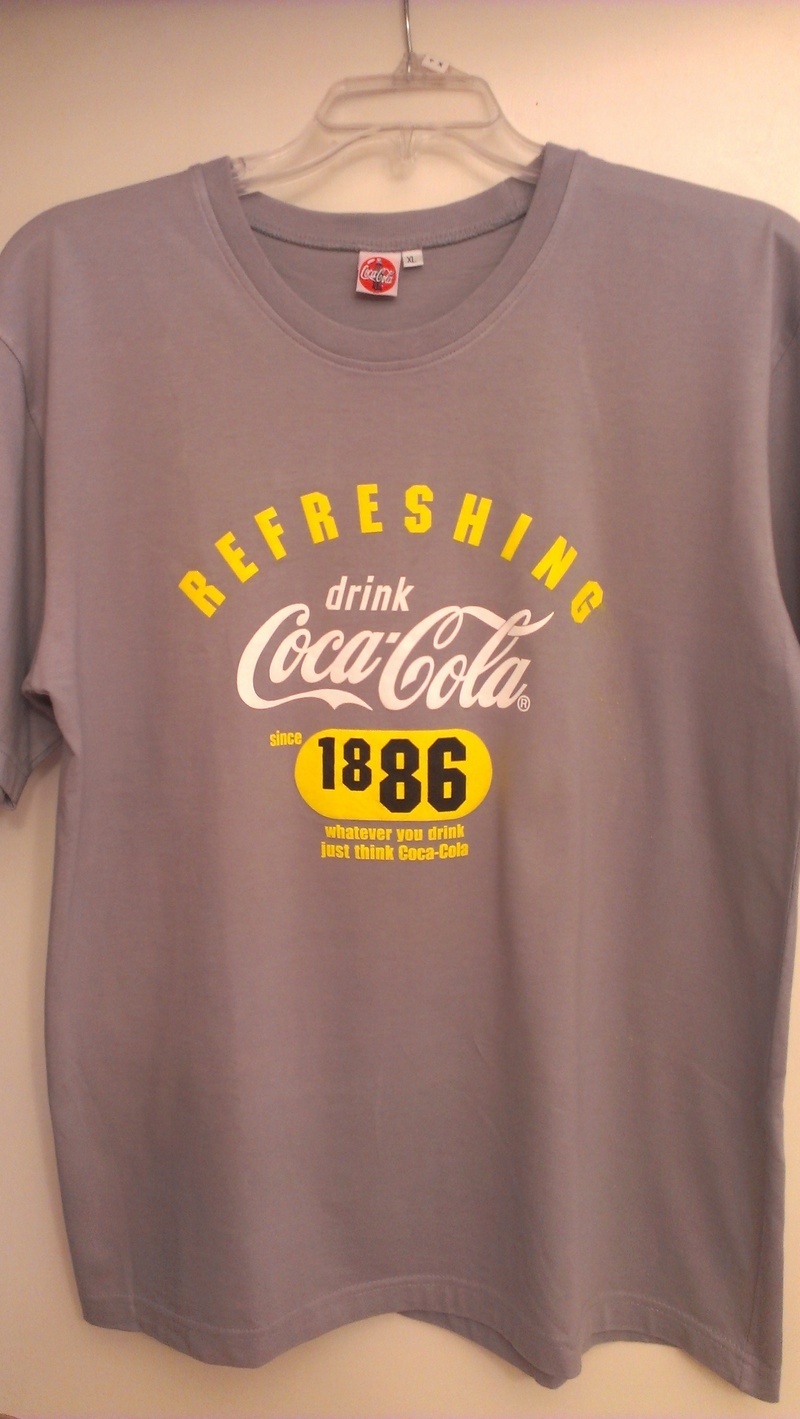 A Coca-Cola collector, and I gather there are many of those, would do well to develop friendships with the folks from Thainamthip!

One day as I was riding to the very northernmost point in Thailand with three friends from Thainamthip, I suddenly got a chance to feel like one of the fold. Up ahead on the highway, I spotted a large Coca-Cola truck stopped on the side of the road, which I immediately pointed out  to the others with me.  What was neat was that Nop, who was driving our truck, pulled over when we reached the truck, as he recognized that the driver of the truck was a friend of his. He jumped out and walked over to have a chat with his friend and I jumped out and got a video of the truck, in fact two trucks from Thainamthip.

Later on after we had stopped at a gas station for some Thai tea and boiled peanuts, we passed the truck again, as it was lumbering north toward its destination in Chiang Rai. Nop honked the horn and we all waved to the driver, who now almost seemed like another one of the family to me.

As I reflect on this connection we made, it occurred to me that one might be able to estimate when a person was growing up by finding out what Coca-Cola slogan comes to mind for them. For me, it was Things Go Better With Coke, which was apparently first used in 1963.

And what better pairing than that slogan with the great American singer, Roy Orbison?